A quick intro to start. I have been neglectful with my blog for a while, almost two years, in fact. That said, when fellow author, Scott Bury, offered the clean up the place (including doing the windows) in exchange for a one time use to promote his upcoming Wildfire, I jumped at the chance.

So, without further ado, I present you with an excerpt of Wildfire... 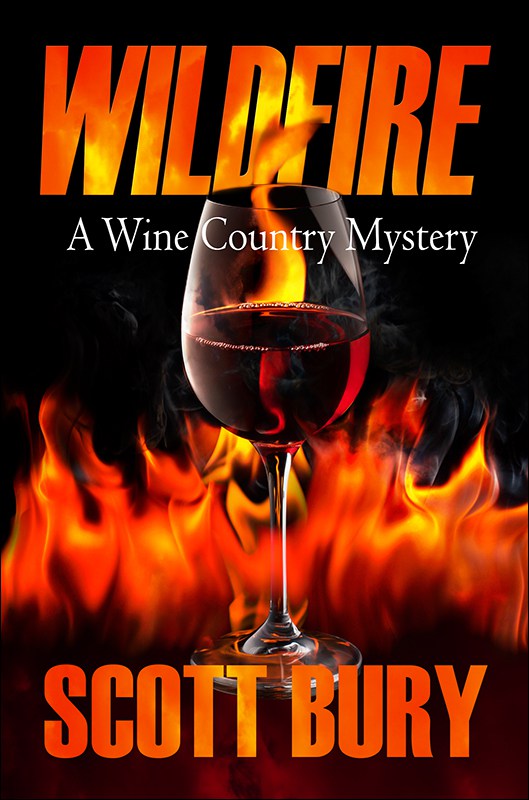 Even after the hours of hustling between the kitchen, dining room and office, and another hour of cleaning up with Antonio and Toby, Tara lay sleepless on her bed.

It’s not my bed. It’s the DaSilvas’ guest bed.

She gave up trying after midnight. Even with the air on high, it was still too hot. Despite the exhaustion she felt, her eyes refused to stay shut.

She leaned on the window sill, staring across the dark winery estate. A blur behind the dark haze in the sky, she guessed, was the moon.

The restaurant mansion was only a jumble of shadows, the winery lost in the murk behind it.

Tara opened the window and leaned out, hoping to catch some of the wind that still whipped California.

Is that a light behind the restaurant?

She straightened up, which brought her head back into the room, and did not see light anymore. But when she leaned out again, she thought she saw a glow, so dim it was at the edge of imagination.

She leaned forward, started to fall and caught the window frame. Pulling herself back in, she decided to see whether she was imagining mysterious lights in the night. She shut the windows, pulled on a t-shirt and a pair of jeans, and shoved her feet into running shoes.

At her bedroom door, she thought: Should I have a weapon? What if he has a gun?

You don’t know it’s a “he.” It’s probably your imagination, anyway. And these hands are weapons.

They’re fast, but not faster than a bullet.

She slipped her smart phone into her pocket and slipped noiselessly out of the house.

The night air was warm and filled with smoke. The wind must have shifted.

Crickets chirped. The wind sighed through the dry leaves. Far away, a truck downshifted on the highway.

The hard contours of the winery sharpened when she stepped into the shadows of the restaurant. There is a definite light at the corner of the winery, moving to the back. Or is it inside, shining through the window?

She heard a muffled crash. But not from the winery—from inside Cyrano’s restaurant.

Maybe I should have brought Charlie with me. But that would have woken Veronica.

Moving slowly to avoid making noise, she crept up the back stairs and pressed her ear against the kitchen door. She closed her eyes to listen harder.

Nothing. But crickets had been chirping a minute earlier, before the crash, and were now silent.

She turned, looking back toward the winery to see a darker shadow shift along its wall, disappearing where the dirt road led to the vineyard.

She jumped from the steps and ran as quietly as she could as she pulled out her phone. Pausing at the corner of the winery, she set it to camera mode and touched the icon for flash,

then jumped onto the path, holding the phone out like it was a weapon as she raced for the vineyard, hitting the shutter button over and over.

Flashes bounced like lightning off the trees at the vineyard’s edge and a shadow retreated into it. She ran, vision bouncing between the phone’s screen and the real world ahead.

That shadow—is that a man running from me?

She stopped and swiped past a few of the pictures she had taken. Most were only dark blurs, or garish shots of the dirt road. But the first one showed a shadow in the middle of the road, and the second a slightly more distinct image of what might be a person’s back.

Tara turned back to the winery, studying the images. Maybe I can improve it on the computer. If it is a person, that proves that Alan was right about sabotage. Someone was poking around here in the middle of the night.

Wildfires swept across California wine country in 2017, destroying thousands of homes and businesses, and killing dozens of people. Law school grad and single mother Tara Rezeck finds herself in the middle of the catastrophe. When she returns to her job at the most award-winning vineyard in Sonoma County, she finds her employer’s body in the ashes.

The question that challenges her brains and her legal training is: was it an accident? Or was his body burned to hide evidence of murder?

Now available for pre-order on Amazon (for Kindle e-readers) and Smashwords (for Kobo, Nook and other e-readers). You can read the first two chapters for free on Wattpad. 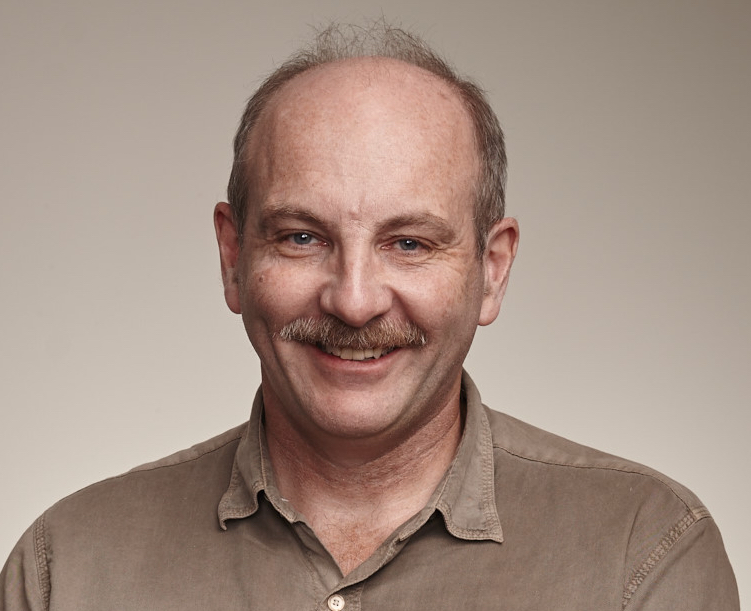 After a 30-year career as a journalist and editor, Scott Bury turned to writing fiction with a children’s story, Sam, the Strawb Part, and a story that bridged the genres of paranormal occult fiction and espionage thriller: Dark Clouds. Since then, he has published 12 novels and novellas without regard to staying in any one genre.

In 2012, he published his first novel, the historical magic realism bestseller The Bones of the Earth. His next book, One Shade of Red, was a satire of a bestseller with a similar title.

From 2014 to 2017, he published the Eastern Front Trilogy, the true story of a Canadian drafted into the Soviet Red Army in 1941, and how he survived the Second World War: Army of Worn Soles, Under the Nazi Heel and Walking Out of War.

And for Emily Kimelman’s Sydney Rye Kindle World, he brought Van and LeBrun back for The Wife Line and The Three-Way.

Now, he is beginning a new mystery series with Wildfire, featuring the smart and passionate Tara Rezeck. Wildfire is currently available for pre-order on Amazon (for Kindle e-readers) and Smashwords (for Kobo, Nook and other e-readers). Find out more about Scott and his writing on his website, ScottBuryAuthor.com.

Reply Scott Bury
8:08 PM on March 10, 2018
Thanks for posting this, Claude! I am packing my squeegee and bucket. Do you have soap and a mop?

Thanks for posting this, Claude! I am packing my squeegee and bucket. Do you have soap and a mop?
[/Scott Bury]

Reply tristiast
9:54 AM on April 3, 2022
Foods rich in omega fatty acids such as fish are particularly beneficial. Emufpa

I appreciate you finding the time and effort to put this informative article together.

I once again find myself personally spending a lot of time both reading and commenting.

But so what, it was still worth it! save refuges

Reply Wahquappy
1:57 AM on August 16, 2022
cialis super active plus stromectol ivermectin for humans

Reply Heidipab
2:47 PM on August 26, 2022
We are a professional firm of lawyers wich have offices across the Washington and have office of around 40 attorneys who represent specifically in the IP field, keener legal enforces beneficial representation to individuals about all facets of Intellectual property law. prepending the fact that Keener Legal are gurus with the stance with positions of the USA markets, our lawyers shelter equally small companies and international corporations and foster those companies to understand and make active their trademark rights. Also, having a state to state network of attorneys of a multiplex array of targeted practice, our team can readily help our customers all places they do business. The Keener practice provides assistance intimately with clients to ensure their patents and technologies continues with known in order that their work can target with what our clients do sales to enlarge business goals. Our company any given opportunity does prosecute trademark registrations and trademark applications at the USA patent and trade mark office, the US International (ITC) at the same time also litigating IP issues involved with a number of areas If you know someone that may want to read some more visit and think about it more at this site: