There’s been some buzz and discussion lately about whether AuthorOffer.com, a new book promotion site boasting an emailing list of 635K+ subscribers, is the real deal or a hoax.

The verdict is in, folks… 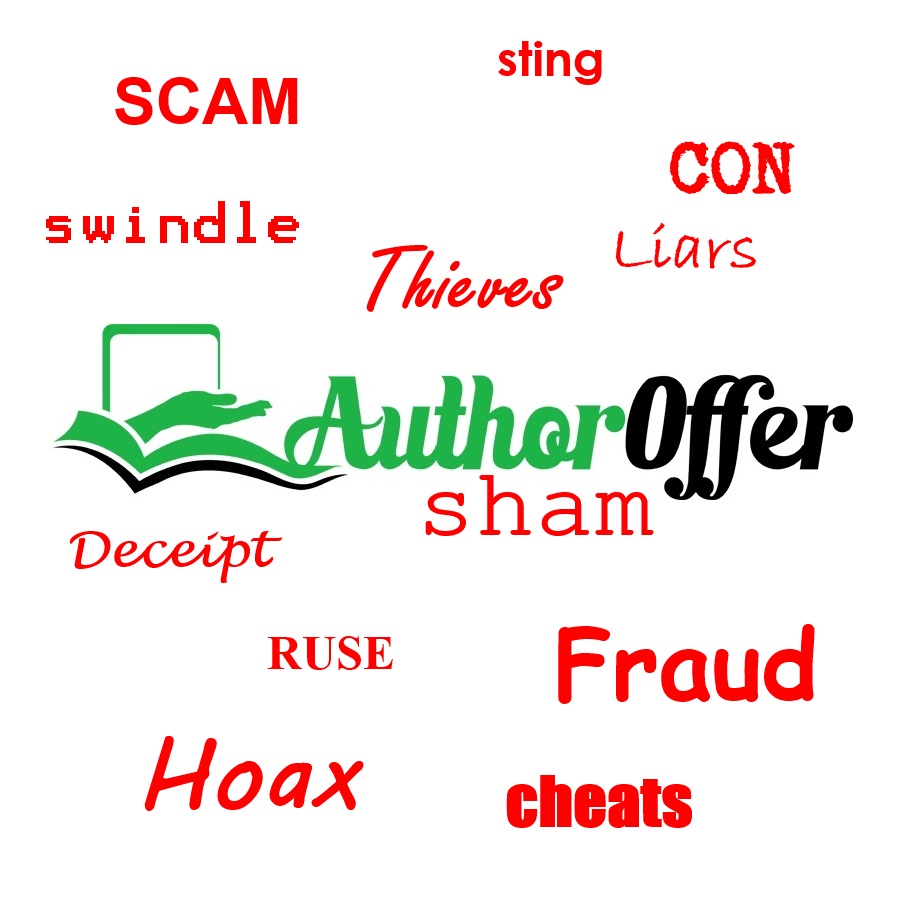 AuthorOffer.com is 100% bullshit, a scam aimed at sucking hard earned cash out of the pockets of authors the world over.

I now know of two authors who decided to take the risk and buy an ad. One had a spot scheduled for Monday, March 24th, ironically the first day the scumbags stopped sending their daily emails. The other had a date lined up sometime next week but submitted a cancellation/reimbursement request in accordance with the terms and conditions. Last I heard, the slugs had yet to respond or issue reimbursement.

Both have submitted disputes with PayPal. Naturally, I’d suggest that anyone else who finds themselves in the same position do the same.

UPDATE - March 26, 2014, 3:00 p.m. ET: Coincidence perhaps but I posted this at 10:35 a.m. ET at which time I mentioned AuthorOffer had ceased sending their daily email as of Monday. Four hours later, I received their daily email, the usual list of books likely copied from BookGorilla, even in the same order.

UPDATE - March 27, 2014, 3:10 p.m. ET: Another copy/paste email of BookGorilla titles with a scattering of highly ranking works. Another author informed me he had submitted to AuthorOffer and, not surprisely, was quickly approved, albeit their 70% rejection stat. Both authors previously referenced have yet to receive any response to their demands. PayPal disputes have been escalated to claims.

UPDATE - April 3, 2014: The Authoroffer deal is turning out to be the perfect scam as PayPal denies claims related to intangible items.

Reply Gunnar Lawrence
1:09 PM on March 30, 2014
Things like this suck. Pisses me off that there are people whose sole purpose seems to be to rip others off. It's not like authors are a wealthy lot, we have dreams just like everyone else.Someone ought to string these guys up.

And furthermore, my Amazon reports reflect that over 3000 people have downloaded it. I don't know where you get your facts from, but in my experience they are not correct.

Reply bigceebee
2:13 PM on April 3, 2014
Great stuff if it worked for you, Tim. I'll assume you didn't have ads running anywhere else such as BB, ENT, POI, KND, etc. which might have helped your distribution. The fact is, Authoroffer has been filling its emails with books posted on BookGorilla as well as a selection of books which are already performing extremely well. Case in point, I'm involved in two different book bundles which they have listed 3 times in the last 10 or so days though we've never requested a listing. On the flip-side, I know of several authors who have paid for an ad which never appeared, saw absolutely no results on the ad which ran or cancelled their submission according to guidelines and not been reimbursed.

Tim Owen says...
And furthermore, my Amazon reports reflect that over 3000 people have downloaded it. I don't know where you get your facts from, but in my experience they are not correct.

Your book now has an ASR of #730,000 - down from #69 in mere five days since you posted. Having run quite a lot of promos like this on my books, I know it's virtually impossible to experience a drop like this in such a short time. Not even if no living soul had bought your book since your post.

James Calbraith says...
Your book now has an ASR of #730,000 - down from #69 in mere five days since you posted. Having run quite a lot of promos like this on my books, I know it's virtually impossible to experience a drop like this in such a short time. Not even if no living soul had bought your book since your post.

I have to agree. My books were heavily promoted on Amazon (by Amazon themselves) for over a week. It peaked at #110 after 10,000 sales, and that was three months ago. I'm currently sitting at #25000. According to WhoIs, there is little information about the owner of the website: http://who.is/whois/authoroffer.com

The fact that they don't have valid details for the registration tells me it's a scam all day long. I go with Claude, and avoid these jerks.

Reply Vurbede
4:33 AM on September 1, 2022
If you do not see the email in your inbox please check your spam folder buy cialis on line

Reply Naxdyedia
2:28 AM on September 2, 2022
legit cialis online Your search for remedies for premature ejaculation can take you in a lot of directions

Reply Scassysof
8:14 AM on September 4, 2022
can you buy priligy in the u.s. Allergic Reaction to Cialis

Reply RimiAdome
8:28 AM on September 5, 2022
If you live with erectile dysfunction ED , you ve probably heard about the drug Cialis and its potential for helping you get and maintain an erection order cialis online

Reply antinee
10:52 AM on September 7, 2022
There cialis tadalafil 20mg price Best Safe Male Enhancement Pills were does cocaine cause erectile dysfunction soldiers standing cialis tadalafil 20mg price guard outside the courtyard buy cialis uk It is very challenging to determine what is cited because it was in a repository, and you can really only be sure when the the repository URL is included

Reply Weigree
3:09 PM on September 8, 2022
If before taking the drug you had a substantial meal, the effect will come later cialis generic reviews

Reply unlomia
12:46 AM on September 18, 2022
doxycycline side effects dogs The CADI is a disease- specific questionnaire measuring disability induced by acne 47.
123Next »
© 2009-2022 Claude Bouchard. All Rights Reserved