Top 10 Things I'd Love to do to the Subway Monkey

You may not all be familiar with the Subway Monkey as I believe the restaurant chain only uses the despicable creature in its Canadian television commercials so here is what the ugly primate looks like: 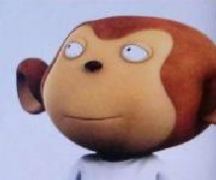 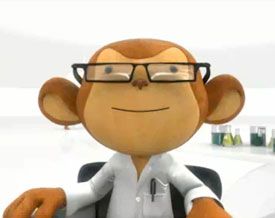 Now, I’ve always wondered who the moron was who came up with the brain-fart idea of trying to sell submarine sandwiches via a computerized mechanical chimp version of Chucky. I won’t even get into a discussion about the idiots who then approved the concept.

Regardless, the point is, I hate the goddamned ape, I feel it should be destroyed and I would happily do the deed. I therefore present you with the

10 – Spend 10 minutes of quality time with it and a chainsaw;

9 – Drop a shipping container filled with concrete on the little gibbon;

8 – Strap a leash around its neck attached to the back of the car and drive from Montreal to the Niagara Falls;

7 – Untie the leash from the car, tie it to an anvil and toss it into the Niagara Falls;

6 – Soak the miserable simian in gasoline and fire up the blowtorch;

5 – Cut it up in thin slices using a meat slicer at a Subway restaurant;

4 – Feed submarines made with the slices in #5 to the dimwits who came up with the ape idea;

3 – Without giving away specifics, this one involves vice-grips, a nail-gun and a hammer-drill;

2 – Pop-rivet the monkey to the front grill of a crash test Mack truck and crash-test the hell out of it;

Shove a FOOTLONG of C-4 down its throat and explode the spooky bastard!

Reply Gianfranco
3:06 PM on September 1, 2019
I Swear To God When I Was 4 Years Old When I saw it on tv or on a YouTube ad I would start crying and run to my mom. especially the Christmas version of the ape. I see it today and say that?s not that bad but it was still spooky
© 2009-2020 Claude Bouchard. All Rights Reserved